I never really stopped to think about the work of African-American women.  To understand the depth and realization that black women have always worked, always. 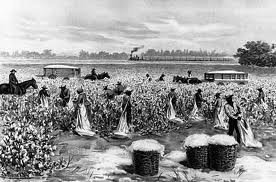 African-American women were originally brought to the US as slaves, enduring a life of hardship and misery.  If she was not suffering under the blistering Southern sun in the fields, she was tending to the house of her Master.  As a female slave, rape and sodomy were commonplace.  African-American women often bore children who were fathered by their Masters or other white men who forced themselves on the slave women.  Family ties were discouraged amongst slave women, as it was too hard to lose someone they loved.  Families were split apart when black children were sold at the slave market.  Husbands and partners were often sold or bartered to another plantation.  The life of a slave woman was only 33.6 years and only two of three black children who were born between 1850 to 1860 survived to age 10.  Black women have always worked, always. 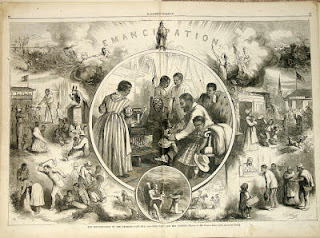 Once emancipation freed the slave women, black women found themselves entrenched in one of two roles, either working the fields or domestic work, both extremely low paying jobs.  As more girls entered into domestic work, so did the threat of sexual harassment, as black women were considered easy marks for all men.  Due to the low wages paid to black men in the late 1800s, black women had to work to support the family.  In most cases, black women were live-in maids, whose services may be called upon 24 hours a day.  Black women have always worked, always. 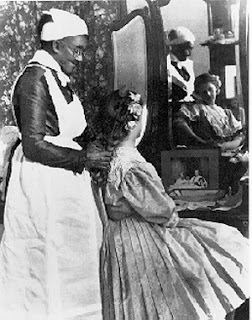 In the early 1900s, Blacks moved about, some departing the South for the big Northern cities.  The role of the black community changed, as did the distinct areas where blacks congregated: men took to the barber shops, pool halls and sidewalks, while women gathered in household and churches.  Women continued to serve as domestic workers, working days for white families.   The level of respect paid to the black ‘maid’ at the time was virtually nil, as black women were still subject to widespread sexual harassment, were accused of being dishonest, were forced to wear uniforms, suffered inquisitions regarding their personal lives and were not included in the conversation of the whites, even if they were present in the room.  Black women formed tight community bonds with their sisterhood, often caring for one another’s child while the other worked.  This reliance upon each other was deeply rooted in the church and black women thought nothing of housing or raising other women’s children, if it was what needed to be done.   Black women have always worked, always. After World War II, the life of the black women should have been enhanced, as blacks finally had access to education, housing and jobs that had been restricted under segregation.  Particularly during the 1940s and 1950s, when Caucasian middle class families enjoyed the luxury of the stay-at-home Mom, most had a ‘housekeeper’ who was a kind black lady, who cooked, cleaned and did the laundry.  Often the ‘housekeeper’ would tend to the children and prepare the meals as well.  This was her full-time day job, working for white families.  Black women have always worked, always. 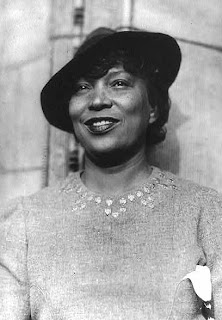 The advent of the 1980s brought about massive change for the black woman.  It was more common to find single mothers bearing the burden of providing a roof over their heads and food on the table for their families.  In large cities, drugs made the black neighborhoods unsafe, and African-American women struggled to provide a life for their children free from violence, drugs and poverty.  Leith Mullings states that “Central Harlem in the early 1990s found 69 percent of all families with children to be headed by women, and 54.3 percent of these families living below the poverty line.”[1] Gone were the black communities that watched out for other women’s children.  In this dog eat dog world, it was up to each single mother to protect her brood and find whatever work she could.  Black women have always worked, always.
Today’s black women work in a variety of roles, from executives to low paid service work.  Patricia Hill Collins groups working class women into two categories: “those with good jobs in industry and the government sector who constitute the core of the Black working class, and those in low-paid, intermittent service work, who often end up among the ‘working poor.’”[2]  Black women have always worked, always. 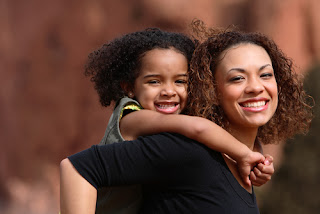 Tracing the steps of the African-American women’s short history in the United States, I garnered a complete understanding of why black women look out for their own.  Why these “othermothers” became so important in the lives of so many black children, reliant upon the black neighbors to care for them while their mother worked so diligently to provide for her family.
I then considered the aura of the white middle class woman, independent and private.  Relying upon an “othermother” to care for the white child would be an admission by the white woman that she was not capable of her motherly duties.  Even for white women who worked full-time outside of the home, the prevailing notion of the pride a white woman possesses makes her incapable of relying upon others to provide any relief from her motherly duties.  Consequently, white women are overly stressed, often unable to cope with the demands of motherhood.  Imagine what a welcome respite just a few hours of peace would be for the mother of infants, yet the white community shuns any such relief.

Not that African-American mothers don't experience the same over-taxing stress and demands of motherhood, alas through their sense of community and need to have caretakers for their children because they always work, "othermothers" stepped in to help raise black children and care for them while Mom was at work.
I think the Black “othermothers” got it right, as truly “It takes a village to raise a child!” 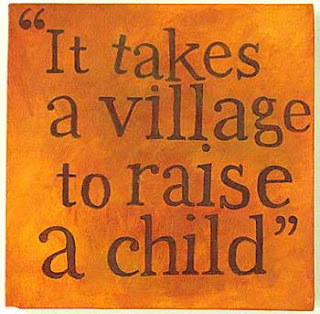